The “European Translational training for Autoimmunity & Immune manipulation Network” project has ended as per 31/12/2015. The final and financial reports have been submitted. We thank all EUTRAIN colleagues for their participation and the great collaboration in a wonderful project!

From Bench To Bedside (and back again) In Pediatric Rheumatology

What comes to your mind when you think of a debate about differences between men and women in science? A topic of discussion for a feminist reunion? An outdated problem? That is what you would think in the year 2014; however, there are actually still differences. The question is: what determines these differences? And what should you do with them? As turns out, the topic is still sensitive and sparks a lively discussion.

On Tuesday November 18th 2014, we organized a symposium on this topic in the University Hall of the University of Utrecht, as a part of the FP7 MarieSkłodowska-CurieProject EUTRAIN and in collaboration with the Eureka Institute. 30 Italian and Dutch scientists at different stages in their career took part in the debate: students, PhD candidates, post docs, young principal investigators and professors. The central question was: is there still inequality between men and women in science? If so, in what ways is it expressed in the everyday working life? Participants voted on ten provocative statements on the topic and discussed four general themes: (i) qualities a scientist-to-be needs to have to succeed in science and if those qualities are gender-related, (ii) parental leave and its distribution between men and women, (iii) the ratio of men and women in top positions and (iv) possible effects of the current policies on the future.

The goal of this meeting was to bring the topic up for discussion and create awareness, with a focus on exchange of experiences and opinions between scientists with varying amounts of working experience. Many discussion points and divergent views were addressed which we tried to summarize and report herein. When one faces the facts, there is still quite some inequality when it comes to these topics, but this is mainly felt to be a problem by women at a later stage in their career, whilst students actually do not see any clouds on the horizon. Participants agreed that men and women are equal, but not the same: indeed female characteristics result in a different type of leadership, more team-based and less individualist; men and women can achieve the same but, according to the female professors, women have to pay a higher price (renounce/neglect family) or put in more effort to get there. Nonetheless, the most determining factor for success was judged to be passion, a cross-gender quality. The pregnancy issue was widely debated. It is still a problem for some employers when a female scientist in their group gets or is planning to become pregnant. Is it really possible that a few months of maternity leave can affect scientific production? The overall reply was no. Interestingly, it was considered unfair that men get only two days of parental leave when their child is born, whereas women get three to four months. A recurrent subject of discussion was the still small fraction of female professors inEurope, even in female-dominated fields like linguistics, cultural science or the health sector. The majority of the female scientists said that time alone will not be enough to equal out the differences between men and women – it would take too long. But what should be done? An obvious solution is installing gender quotas, specifying a minimum percentage of women in top positions. Opinions were divided on this topic. A part of the participants was strongly in favour, as long as quality is assured and the chosen percentage represents the distribution in the field. Male participants supported the idea that one should not be selected based on gender but rather on quality and that benefits for working mothers should be applicable to fathers too.

Before and after discussion the opinions were polled; the most remarkable shift was noticeable in the opinion of the students, who were more conscious of the issue (or discouraged, as someone remarked) at the end of the discussion.

All in all, the topic is broad, the opinions diverse and the arguments abundant, but one thing was beyond dispute after the symposium: the discussion on gender differences is still a timely and sensitive issue. It is a difficult topic to address, in which personal experiences and emotions are prone to be at the foreground. But whether you agree or disagree – in the end, the debate revolves around the feelings and experience of a considerable part of society; thus, a topic worth discussing.

The Berlin fellow meeting has started with lively discussions at Charité in Berlin: the location with a unique and magical history in Medical Sciences. 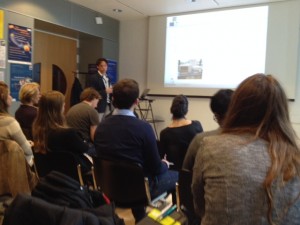 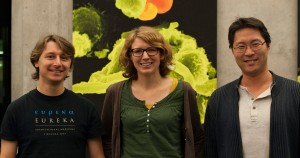 This time, the EUTRAIN fellow days will take place in Berlin at the Deutsches Rheuma-Forschungszentrum (DRFZ). Two days of talks and discussions about our projects and the “how to communicate in science even better” training session are on the list. We will hear about a real-live example of bench to bedside translation in lupus therapy and learn about data evaluation in medical and biological research. On Thursday evening, we will do a tour through the Berlin Museum of Medical History.

Unfortunately, there will be no time left to enjoy rainy, cold November weather in Berlin. No, seriously, the weather is supposed to be really nice and to treat ourselves for the hard work, some Berlin-Friday-evening-fun is waiting for us after the last session.

We are very much looking forward to having all of you here next week! 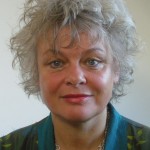 We would like to introduce to you Dr. Elise van de Putte. Dr. Van de Putte has agreed to serve as an independent ethics advisor and reviewer for EUTRAIN. She is an outstanding expert in this area as she is the chair of the only Institutional review board in the Netherlands that is primarily focused on children. Apart from her role in the board, Dr. Van de Putte is also a practicing clinician (pediatrics) and an excellent clinical researcher who has published in the top journals in her field, including the Lancet. We are very happy to have Dr. van de Putte on board for EUTRAIN. She is available for advice for all ESR’s and PI’s and will review any ethical issues that might be raised within EUTRAIN.

The Mid Term Review meeting of EUTRAIN started on January 8th in Utrecht. As EUTRAIN is a translational project it’s main goal is to ultimately have an impact on children with inflammatory diseases. To put also the meeting in this context the meeting was opened by Marlies Allewijn. Marlies Allewijn is a gifted writer and journalist. Especially for EUTRAIN she has parts of her novel “SchEef” translated. This semi-autobiographic book is an inspiring and funny book about a teenage girl with Juvenile Idiopathic Arthritis. All participants were touched by her reading and asked about the full english translation of her book. EUTRAIN hopes that SchEef will be translated, first in english, and afterwards maybe in other languages. It is a book that deserves a larger audience. 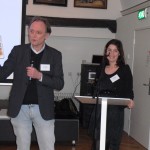